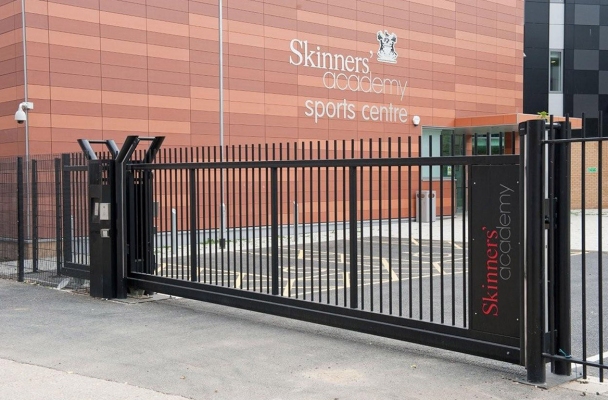 Jeremy Procter, a Member of international and UK standards committees ISO/TC 199/WG 6 (Safety distances and ergonomic aspects) and BSI MCE/3 (Safeguarding of machinery), and Managing Director of Procter Automatic Gates, a division of Procter Contracts, explains the implications for powered gate safety standards and regulations of the UK referendum in favour of leaving the European Union.

The result of the June 2016 referendum is that the UK will leave the European Union – commonly referred to as Brexit. While the exact timings are still unclear because the Government has not yet decided when to invoke Article 50 of the EU Treaty, it seems likely that in a little over two years' time the UK will have left. In this two-year period we can prepare for any changes, including those relating to powered gate safety.

The first point to consider is the legislation and regulations covering powered gate safety in the UK. On the one hand we have The Supply of Machinery (Safety) Regulations 2008 as amended, which requires all machines placed on the market in the European Economic Area (EEA), Switzerland and Turkey to be CE marked; powered and automatic gates are classed as 'machines' and, in the main,The Supply of Machinery (Safety) Regulations 2008 applies to new gates – though in some circumstances these regulations apply to used gates, such as those which have been significantly modified or upgraded. On the other hand, The Provision and Use of Work Equipment Regulations 1998 (PUWER 98) apply to all work equipment that is in use, so these regulations apply if the gates are installed at premises that could be considered to be workplaces. Both of these sets of regulations are UK implementations of European Directives. In addition, the UK its own legislation: The Health and Safety at Work etc Act 1974 and The Management of Health and Safety at Work Regulations 1999, both of which apply to duty holders for almost any gates except those in private residences.

Standards are considered as being indicative of 'best practice' and complying with standards is usually the easiest and most reliable way of meeting the relevant requirements in the regulations; for example, European Harmonised Standards provide a 'presumption of conformity' with the relevant Essential Health and Safety Requirements' of the Machinery Directive 2006/42/EC. Nevertheless, it is important to bear in mind that there is no legal obligation to comply with machinery safety standards.

So what will happen to the powered gate safety regulations and standards after Brexit? As the regulations are UK regulations (which just happen to be virtually identical, word for word, to EC Directives) they will almost certainly remain in force as they are. And it seems highly unlikely that the HSE (Health and Safety Executive) would wish to see any relaxation of health and safety regulations in the UK. In any case, nothing will happen until the UK has left the EU, which is at least two years away.

As for the standards, bear in mind that the trend over the last decade or so has been for more internationalisation of standards and less reliance on standards that apply solely in Europe. For example, the main machine guarding standard ISO 14120 has recently replaced EN 953, and the standard covering safety distances is now ISO 13857, a recent replacement for EN 294. Nevertheless, there are still a number of European standards that apply to powered gates, such as BS EN 13241-1:2003+A1:2011 (Industrial, commercial and garage doors and gates. Product standard. Products without fire resistance or smoke control characteristics).

BSI is the UK’s National Standards Body and makes important contributions to the development of British, European and international standards through its full membership of CEN, CENELEC, ISO and IEC, which are the European and international bodies responsible for standards development. In response to the Brexit referendum result, BSI has stated: “BSI’s ambition is that the UK should continue to participate in the European Standardization System as a full member of CEN, CENELEC and ETSI. We consider that this is a likely outcome of the forthcoming negotiations between the UK and the EU.” Most importantly, CEN and CENELEC are not part of the EU; they are merely the bodies to which the EC turns to for standardisation.

Whether or not the UK will retain access to the European single market after it leaves the EU is yet to be seen, but a good trading relationship with Europe is vital and participation in standards development will be an important element of this.

For the foreseeable future BSI will therefore publish BS versions of any new CEN or CENELEC standards, having had input into their development, and any conflicting British standards will be withdrawn. In other words, there will be no change to standardisation.

It is not yet clear whether the UK market will still require new powered gates to be CE marked as machines (whether that gate is supplied from within the UK, the EU or elsewhere in the world). However, it is certainly possible that CE marking will continue unchanged or that some other form of certification/marking will be adopted in the UK that is, to all intents and purposes, equivalent to CE marking; this would be helpful to UK gate manufacturers exporting to Europe (who will definitely have to CE mark powered gates for exporting to the single European market) and to any gate manufacturers or distributors in Europe or the rest of the world wanting to export to the UK. Similarly, we will have to wait and see what happens to PUWER and whether the UK chooses to ‘shadow’ what happens in Europe or amend the regulations to better suit our own needs.

Over the next two years the situation will become clearer but there is certainly no need to panic, and the best advice is to continue on the assumption that CE marking and PUWER will remain as they are for two years and, after that, any changes are most likely to be minimal. Whatever happens, Procter Automatic Gates will endeavour to keep its customers and the market informed through announcements, White Papers, technical articles and social media.